A True Gift of Thanks-giving 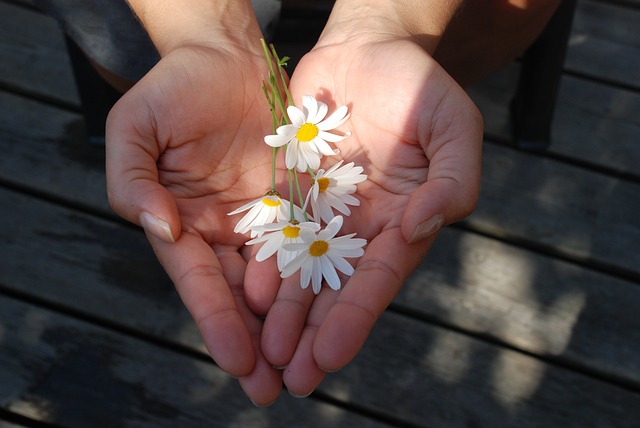 26 Nov A True Gift of Thanks-giving

This is a true story of Ron, a feisty old Marine as caring as he was gruff.

Ron took care of those he liked.  Though hardly wealthy, he was a saver and had set aside enough money for the full college tuition for each of his three grandchildren.

When Ron’s new neighbor moved into the apartment above, he took him under his wing. He introduced the ‘new guy’ to his friends and invited him to tag along to his favorite Friday bar for a few beers and laughter.  On rainy Sundays, the stubby, tough guy would often tap on the ceiling with a broom handle and invite his neighbor down to watch whatever game was in season along with a plateful of his homemade potato pancakes. He wanted to be sure his new friend was not lonely.

But, at 72, Ron had heart troubles and one day entered the local hospital for surgery. His neighbor visited every day.  Though the procedure was successful, his neighbor noticed Ron was alarmingly slow in recovering from the anesthesia.

Then, the impossible happened.  Ron disappeared.  Since the neighbor was not a relative, the hospital shared no information and calls to the relatives he knew went unanswered.

The mystery stretched on for nearly a month, when a rumor floated that Ron was in a state run mental institution.  The neighbor was shocked.  What was one of the most stable people around doing in a psychiatric hospital?

After some detective work, the bizarre pieces emerged.  Because of his response to the anesthesia, the hospital moved Ron to a nursing home to recover. In the home, a nurse attempted to wrestle the barely-coherent Ron into a wheelchair.  Well, the old Marine was not about to be shoved around.  In his clouded state, he shoved the nurse back.  Outraged, the insensitive staff member called the police and filed a complaint.

With Ron unable to explain what happened, the nurse told her story of the “attack.”  The hospital placed him in their behavioral unit and his family approved his move to the psychiatric hospital.

Finally, after 6 weeks, on visitor’s day at the psychiatric facility, Ron’s neighbor came face to face with his old friend.  The surroundings were a Jack Nicolson nightmare. Dazed patients wandered the halls directionless, sanitation was lacking.

A senior nurse confided, “He doesn’t belong here.  The longer he stays, the more he deteriorates. But, his sister has applied for guardianship and she doesn’t want him out.”

It turned out his sister’s main objective was Ron’s savings account.

After weeks of collaborating with the state hospital administrator, the neighbor became the judicially appointed guardian and Ron returned to his apartment. The two were fast friends until a year later when the tough kindly Marine finally succumbed to a massive heart attack.

At the viewing, the neighbor walked into the funeral home and did not understand why the crowd of nearly 100 mourners looked at him and began whispering.

He felt like leaving when one man he knew guided him to the front of the room. “Everybody,” he said aloud. “Here he is.”  Now the neighbor was completely puzzled.  The man continued, “This is the one who saved Ron’s life.”

Every face in the room smiled and nodded, even Ron’s sister!  One by one, people came up and thanked the neighbor for helping their old friend. He tried to smile and talk to people, but the best he could do was choke out a “thank you.”  Later, he left, but that day and that room changed him forever.

See, I was that neighbor and Ron became one of my best friends. Later people told me that, after the hospital debacle, when Ron invited them to his apartment, he would point his cane at the ceiling and the upstairs apartment saying, “don’t ever forget, there’s the man that saved my life.”

The few things that I did to help a friend that had helped me were insignificant compared to all I had gained.  It was from Ron, that I learned what it meant to be a genuine, good and caring person.

The kindnesses we do travel, they change lives and sometime, when you least expect it, they come back.

For this Thanksgiving, I wish the kindness you have given will return and renew your own dedication to helping the people you meet.  With all the madness in the world, it is what matters most.