How Dr. Carson Can Heal the Wounds of Obama’s Racism 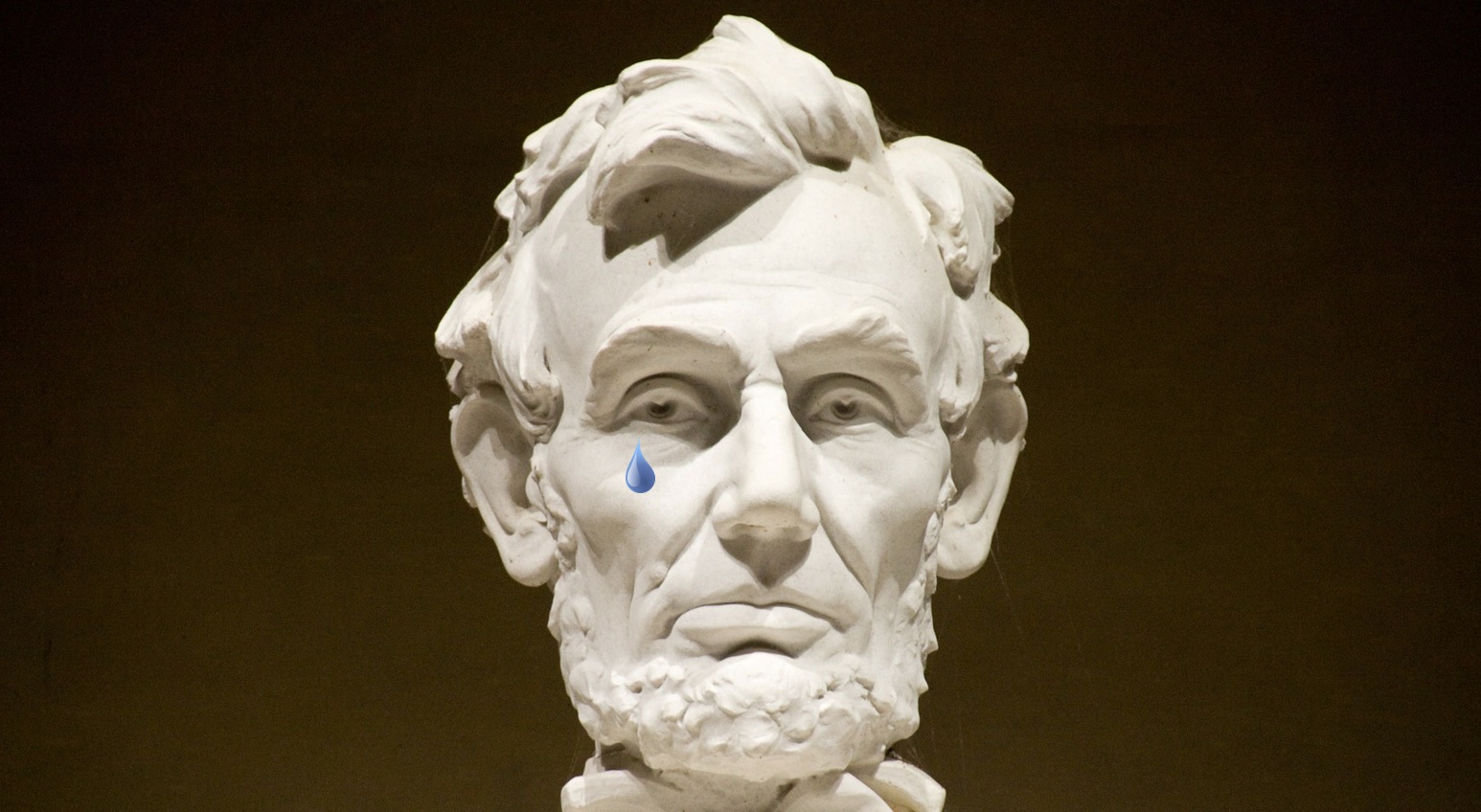 15 Dec How Dr. Carson Can Heal the Wounds of Obama’s Racism

Barack Obama‘s obsession with what he calls America’s “legacy of racism,” has been an EpiPen for the resuscitation of racial violence and discrimination burning across our country.

HUD often provides the platform for the President to act on his prejudices.

Dr. Carson knows the challenges todays’ HUD families face. He grew up in extreme urban poverty, in a single parent home with a mother who could barely read. His own success story includes decades of helping others escape what he sometimes calls a “bad environment” that can lead to “a horrible life.”

Recently, I described steps to neutralize HUD’s centralist planning scheme, Affirmatively Furthering Fair Housing (AFFH). Before explaining how Dr. Carson might undo President Obama’s damage to race relations, so we can begin helping people escape urban poverty, it helps to understand how Americans became more racially divided under his presidency. This will clarify why the solution’s first step is so important.

In a 2008 campaign speech, then Senator Obama made it clear that his presidency would focus on race issues.

“But we do need to remind ourselves,” the President said, “that so many of the disparities that exist in the African-American community today can be directly traced to inequalities passed on from an earlier generation that suffered under the brutal legacy of slavery and Jim Crow.”

The accusations of a continuing legacy of “slavery and Jim Crow” is an incendiary, if inaccurate message for the campaign trail.

Remarkably, this quote is from a speech in which Obama criticized the racially divisive messaging of his minister and friend, Dr. Jeremiah Wright. Yet, at the same time he criticizes Wright, he promotes the identical message in his own nuanced terms.

Obama’s ability to send mixed messages that at once condemn and condone; that praise and berate, to stir confusion and inflame passions became a hallmark of the President’s next eight years.

To the casual observer Obama was condemning racial division.  However, to those who felt themselves its victim, he provided the oxygen needed to stoke forgotten anger.

“That history helps explain the wealth and income gap between black and white, and the concentrated pockets of poverty that persists in so many of today’s urban and rural communities.”

Today, AFFH attempts to reduce the wage gap and concentrated areas of poverty by centrally controlling local zoning and land use laws.

Throughout his presidency, Barack Obama has been obsessed with race.

In July of 2009, the President falsely accused a Cambridge police officer of acting “stupidly” when arresting a man who appeared to be housebreaking. After the incident was resolved, Obama claimed the event shows, “how race remains a factor in this society.”  Even though race was never an issue.

In April of 2014, instead of attributing racially insensitive remarks to Donald Sterling, the sport’s team owner who made them, Obama blamed the entire nation.  “The United States continues to wrestle with the legacy of race and slavery and segregation…”

And in a June 2015 radio interview, the President continued his inflammatory mixed messaging.  After telling the audience “race relations have improved significantly,” he negated the comment by adding:

“What is also true is that the legacy of slavery, Jim Crow, discrimination in almost every institution of our lives — you know, that casts a long shadow. And that’s still part of our DNA that’s passed on. We’re not cured of it.”

Mr. Obama has embedded a vision of a 21st century America, inextricably linked to slavery and discrimination at the hands of the privileged white.  That vision taints the worldview and prods the anger of millions of African-Americans living in inner city poverty.

Dr. Carson is about to step into that emotional minefield.  A minefield that must first be defused.

I have presented the three high-level processes to unwind Obama’s damage and improve the lives of the low-income families in “healing” terminology.  My apologies to my many physician friends.

By sowing racism, Obama has sown distrust. Until a trust level is established, people are unlikely to agree to program changes regardless how much the new administration cares or how effective are their plans.

We can build trust with HUD families by building relationships and sharing more information with them, directly in the communities where they live.

Under HUD’s Affirmative Furthering Fair Housing, Obama promised to move low-income families to affluent neighborhoods as a path to “upward mobility.” Regardless of its serious drawbacks, this social engineering scheme may sound great to someone living in a concentrated area of poverty.  Try to remove the program and there will be accusations of racism and hatred.

Instead, hold meetings so residents can see that HUD’s own studies show their “Move to Opportunity” program, the basis for Obama’s shortcut to “upward mobility,” increases food stamp use, adds to crime, and does little to improve educational outcomes.  Even subsequent studies HUD likes to show, praising the program, admit it harms children over 13 years of age.

While it is important to build community relationships so people can learn why their lives have not improved and why many of HUD’s plans will cause harm, they want to know what you offer that does work.

Just building relationships with local community members is not enough to support new programs. Next, the agency needs some hard scrubbing.

As Inspector General David Montoya discovered during a 2014 investigation into HUD practices,

“What happened was this whitewash sort of mentality of circle the wagons and let’s see if we can keep the (inspector general) from asking the questions.”

Because HUD programs cross boundaries between different federal agencies, federal, state, and local jurisdictions, financial institutions, and even private interests such as housing developers, the new Secretary will have to work both internally and at the local tips of the organization to clean out the resistance, build local coalitions and staff HUD with people who embrace the new vision.

As we have seen, HUD’s current practice of moving people to affluent zip codes to gain “upward mobility” has questionable outcomes and the agency’s heavy-handed AFFH program uses the threat of civil rights lawsuits to transfer constitutionally guaranteed local authority to the federal government. Neither are desirable.

The agency ignores that no housing is affordable unless you can afford to pay for it.  In other words, while HUD programs may help temporarily, housing affordability actually relates to job and wage availability.

By considering wages, HUD can provide affordable homes and build real “upward mobility” based on wealth creation.  Here is one way.

When President Obama bemoaned poverty and the growing wage gap, he overlooked the role that capital plays.

For example, if a carpenter frames a home, the tools he uses are his “capital.”  If his boss buys an expensive electric hammer to make the worker more efficient, the carpenter can frame faster because of the “capital” Investment.

While the carpenter can now finish more homes in the same time, he still earns the same amount of money per day.  His boss however, has more homes to sell.  Therefore, he earns more money because the increased production is the result of his capital investment.

So, as the boss’ capital investments grow, and the workers become more efficient, the wage gap between the two widens.  This greater reliance on “capital” instead of labor to increase production is the main reason for the growing wage gap.

The easiest way to close the gap, and to provide more income for families, is for the workers to share in the capital.  Millions of American workers already successfully participate in “employee stock ownership plans.”

That is important for HUD to know.

By working with other agencies and local jurisdictions to establish inner city free enterprise zones with decent paying jobs, low-income families will have a nearby place to work.  By working with the IRS, HUD can create methods to convert corporate tax dollars into capital ownership benefits that build real long-term wealth for workers.

Under this approach, HUD is not only providing traditional low cost housing solutions, they are creating a pathway out of poverty without using additional tax dollars, grants, or programs that coerce communities into socially engineered planning schemes.

Low and middle-income families have had eight years of HUD experiments that have led to dependence, financial hardships, and appropriation of local rule.  It is time to keep HUD away from our zoning  laws, and give poor families real opportunity.

Perhaps Dr. Carson said it best in his speech at the 2013 National Prayer breakfast:

“And I came to understand that I had control of my own destiny. I didn’t hate poverty anymore because I knew it was only temporary. I knew I could change that.” 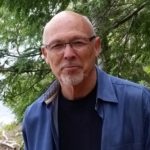 John Anthony is a nationally acclaimed speaker, researcher and writer.  He is the founder of Sustainable Freedom Lab. Mr. Anthony is the former Director of Sales and Marketing for Paul Mitchell Systems, Inc.  In 1989, he founded Corporate Measures, LLC, a management development firm. In 2012, Mr. Anthony turned his attention to community issues including the balance between federal agency regulations and local autonomy.

In January 2016, Mr. Anthony was a guest at the prestigious Rutgers University School of Management Fellowship Honoring Dr. Louis Kelso.  In March 2016, he was the keynote speaker on HUD and Property Rights at the Palmetto Panel at Clemson University.