Recently, a New York Times Op-Ed scolded Westchester County, NY for “slow-walking” a Fair Housing related court decree. The  NYT’s author overlooked that HUD deserves scolding for its heavy-handed disregard for local rule, property rights and the very dignity of the people they claim to want to help.

Helping the disadvantaged has been an important piece of the American culture since our country’s inception.  The New York Times article, however, mischaracterizes HUD’s “fair housing” activities in Westchester County.

Having studied the Westchester case, and met with county and town officials and residents, I would like to explain why there is little noble about HUD’s Westchester efforts.

The 2009 settlement the author mentions, required Westchester to, among other criteria, build 750

affordable housing units in 31 communities with less than 3% African American and less than 7% Hispanic populations. Far from defying Fair Housing, Westchester has met or exceeded every court requirement.

HUD had intervened in that 2009 settlement convinced the county was guilty of discrimination and exclusionary zoning practices.  In addition to further requirements, HUD’s intervention led to a court appointed monitor for which the county pays $1050 per hour.

At one point the monitor had communities complete “report cards” obligating the towns to construct thousands of more homes than called for in the settlement. When questioned, the Deputy Secretary of HUD responded that, to meet the requirements of affirmatively furthering fair housing, we consider the court settlement, “a floor, not a ceiling.”

But the 2nd Circuit Court found no discriminatory zoning, and that left HUD with two problems. How could the agency press for zoning changes to address discrimination they believed was there, when the court said it was non-existent? More importantly, the new Executive, Rob Astorino, was a strong defender of the local rights of Westchester communities.

The original lawsuit claimed that Westchester made false statements on several Assessments of Impediments, (AI) the form the county must complete when applying for HUD grants. The AI lists barriers to Fair Housing that may be discriminatory. On the forms, the County stated there were no barriers. The 3rd party lawsuit said there were.

Pursuant to the legal action, Westchester submitted eight separate AI’s to the court. Not one shows any examples of exclusionary zoning. 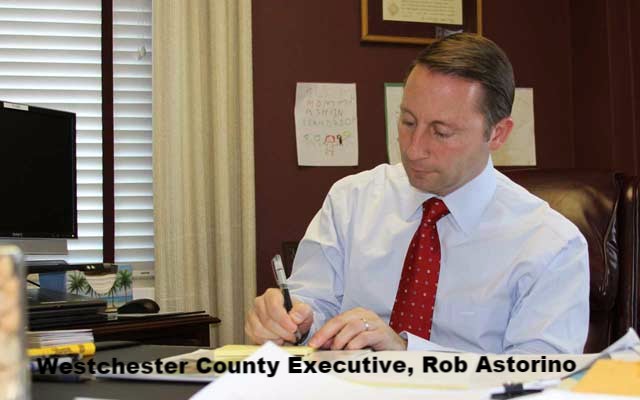 Yet HUD persists. Regardless of the empirical data and information, and in spite of independent reports confirming no discrimination, HUD insists the County must find exclusionary zoning. In exasperation, Westchester even asked HUD to show them where the culprit exists, but to no avail.

Astorino never spent “seven years slow-walking the [court’s] decree” as the NY Time’s author suggests. He has spent that time fulfilling the court’s orders while protecting the rights of Westchester County residents from the increasingly oppressive demands of HUD.

The agency even calls this case their “grand experiment.”  No American county deserves to be the petri dish specimen in some federal agency’s laboratory ‘zoning’ trial.

Determined to prove discrimination in the face of no evidence, HUD finally found a way.

In Westchester, as in most communities, people can live anywhere they choose, regardless of race, if they can afford the mortgage and taxes.  That was HUD’s opening.

People living where they can afford to live, HUD argued, is economic segregation, and therefore exclusionary. The idea that, ‘people living in areas they can afford’ equates to nefarious zoning practices, is ludicrous.  Nevertheless, the agency wanted a report that legitimized their claim.

Unable to produce any such report, the court sought a study from a sociology professor who is an expert at manipulating statistical data to find residential segregation.  To no one’s surprise, the professor, also a consultant for the New York Times, produced a statistical analysis showing segregation.

HUD had the report they sought.  Still, the AI found no discrimination. To remedy this, the court ordered Westchester to hire a planner to conduct another AI, but one that agrees with HUD’s foregone conclusions.

HUD is coercing Westchester into rampant federally controlled planning. Its effects are racist and condescending to the very people who need help the most. The idea of transplanting low-income families into areas they cannot afford, and then justifying it with a statistical analysis, may look good on a spreadsheet. But lives are not data points.

It is time for HUD and the court to stop bullying Westchester County and all of the people who live there.