Why One Town Said “NO” to HUD 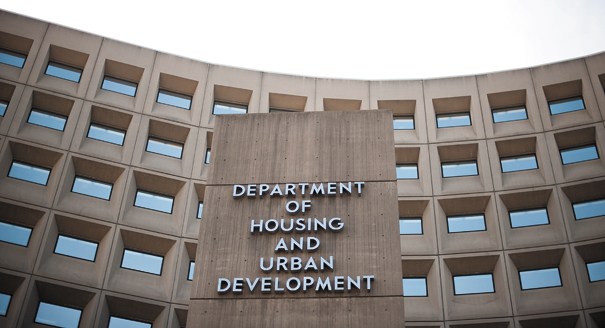 When Castle Rock, CO refused to apply for a HUD grant, the recipients of the money were upset. But, Castle Rock had done their homework. Their response to the grantees should be read by every public official who ever considers accepting a federal grant.

The agency withheld the proposal announcement from the spring and fall 2012 Unified Agendas. The Office of Management and Budget finally released the proposal to the public on December 21, 2012, during the Christmas holiday, after government operations had shut down. Because of the timing of the release, AFFH received little notice.

Now we know why.

Through a labyrinth of application requirements and legalese, the agency can force HUD grant recipients to…
• reverse voters decisions,
• alter zoning laws and land use regulations, and
• join a region against the community’s will

In the history of HUD, there has never been this type of dangerous grab of local authority and personal property rights. The Castle Rock letter explains.

Letter from the Castle Rock Town Council to HUD Grantees

Note* The Town Council letter was addressed to the following grantees…

Thank you for your letter concerning CDBG funds and the Town of Castle Rock. Last year, when faced with the question of whether the Town should become an entitlement community under the CDBG program, the Council declined to pursue that status because it would result in unclear and unwarranted interference from the Department of Housing and Urban Development (HUD). For years, Castle Rock has accepted various grant monies offered by HUD through Douglas County. This money was parceled out by Town Council mainly to fix alleyways and make curbs ADA accessible. But last year HUD added very alarming strings to the grants; 377 pages of new rules that give HUD drastic new powers over our cities and counties that in affect eliminate the zoning and planning powers of your local elected officials which can now be overruled by HUD bureaucrats in Washington DC.

If we continue to accept the HUD grants, we will be forced to prepare detailed taxpayer-financed studies of our schools, retail, housing, and other community aspects to HUD who will decide if our neighborhoods are “furthering fair housing.” That means that even though our town has never been found in violation of the anti-discrimination housing rules that have been law for over 50 years, HUD on a whim could force us to build low-income, government subsidized housing into our neighborhoods if HUD decides we aren’t racially balanced enough. This is already happening across the U.S.; just google Westchester County, New York.

One example: according to HUD, if your family home sits on a quarter-acre property, your neighborhood is potentially discriminatory. It would be much less racist if a high-rise low-income apartment building went up next door, never mind local zoning regulations.

The result for us could be reduced property values, a large population increase due to an influx of people from the cities to our suburbs, more crime, large local tax increases to support HUD’s mandate, and loss of local zoning control and other local decisions.

As a Town Council, we will resist all federal attempt to destroy our local sovereignty, be it from HUD, the EPA, or any other government agency. Council will always defend our resident’s right to make their own local decisions without federal interference. While I appreciate the many good works that are represented by your programs, accepting onerous federal grant requirements, which harm our community, cannot be the price to pay for federal monies.