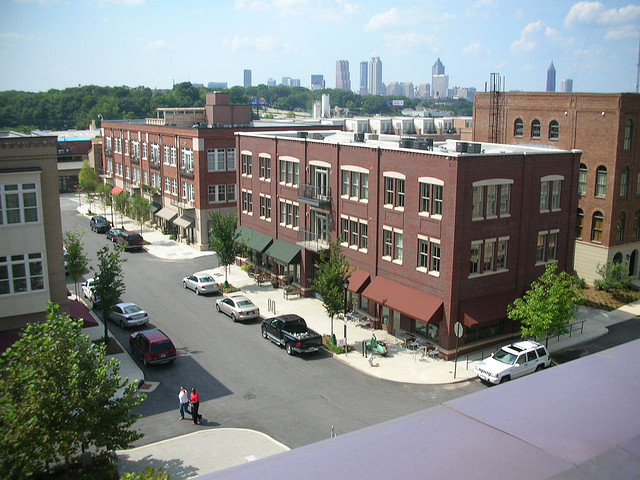 With an area of 1212 square miles, Rhode Island is the smallest of the fifty states, but is about to take one of the biggest leaps in the nation. The RI Division of Planning is advancing a HUD supported sustainable development plan that creates a single region out of every county, city and community in the state.

Though labeled Economic Development, the state plan links social justice, the economy and the environment in an expansive package that defines where and how future Rhode Islanders will live and work.

State officials deny protesters’ claims that regionalism steals property rights and challenges them to point to any examples. The challenge suggests that the Division of Planning has not thoroughly researched the results of regional efforts.

Plan Bay Area is a regional plan encompassing nine counties in and near San Francisco. Like the RI proposal, it invokes growth zones, walkable communities, reduced vehicle miles traveled and all of the boilerplate components of regional social engineering. Thousands of residents in the plan’s PDAs’, or preferred development areas, are not happy. In spite of their protests, these community members are losing their land and their homes to make way for so-called smart growth. As the plan steamrolls forward, these Bay Area residents see their property rights disappearing.

What happened to the property rights of the 10,000 people of color, economically forced out of their homes in Portland, Oregon? In the 1980’s, before the Portland Metro’s Regional land use policies took hold, over 65% of Portlanders could afford a median-priced home. By 2001 that figure had dropped to less than 30%.

Thanks to regional planning, Portland now has a reputation for being one of the whitest and least affordable cities in the nation. The city the NYT admiringly calls, “A Livable Shade of Green”, is not so livable for the families who can no longer afford their homes.

The MVRPC’s unelected council voted to build a $5 million bike path. To ease implementation, they rolled their plan into the local county’s $65 million road widening project. The bike path came within 7 feet of the front door of the historic, 150-year-old home of Jennie Granato and her family. The Granatos had fixed a ramp to the doorway allowing wheelchair access for Jennie’s 84-year-old grandmother. Realizing they had property rights, Jennie approached the regional council requesting the bike trail be located elsewhere. The MVRPC told her this was a county issue since they had the road-widening project. In turn, the county told Granato it was a regional issue since the bike path was an MVRPC plan. To add insult, many of the county officials also sat on the regional council as they yo-yoed the Granatos between the agencies.

After months of unreturned phone calls and promised meetings that never occurred, the county took her property by eminent domain. They offered her the embarrassing sum of $24,000, which she finally had increased, only after a draining court battle.

The loss of property rights as regional councils squeeze homeowners into growth zones with ever-smaller homes and ever-increasing price tags is rampant across the nation. Federal agencies like HUD channel millions in grant money to cash-strapped states and planners in turn for mandates that bind the newly formed regions to boost pre-planned communities with few local choices. Residents are stuck with the bill.

In 1790, Rhode Island was the last of the original 13 colonies to ratify the U.S. Constitution. The states’ fiercely independent inhabitants were suspicious of centralized government. Today that centralized government is in Providence, and it is stripping away the very rights their ancestors fought so hard to maintain.